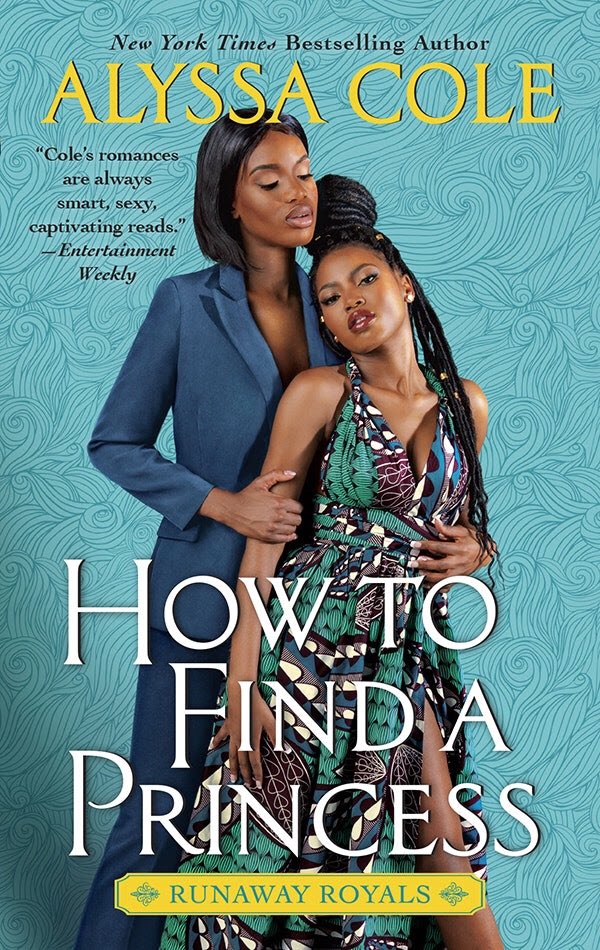 Hello! Its Alyssa Cole hour on NJB, otherwise known as every 2nd tuesday (a being can dream right?) and we’re here to talk about her newest book in the Reluctant Royals series.

But first, as always, content warnings and trigger warnings:

Deceit between main characters, difficulties with boundaries, unreliable families, ableism, family secrets, some complexities around consent due to deceit.

Whew! There’s a lot here. For those who fell in love with Beznaria (like me) in How to Catch a Queen, this book is chock full of her fabulousness. She’s gutsy, determined and sort of difficult to stop in a good and problematic way.

There’s just one teensy weensy problem: her boss at the World Federation of Monarchies definitely didn’t approve her doing this. And doesn’t like her a lot. And seems to be actively sabotaging her or something.

However, Bez is not deterred by simple things like job security and people not getting her methods. ( I wish I was so bold sometimes). She’s got a lead and she’s going to follow it like a bloodhound.

Enter Makeda Hicks. Makeda has spent the last decade of her life trying to forget anything about royalty after her mother went on a wild goose chase trying to prove she was the last Ibranian heir. Now, she works hard at a grocery store, trying to make ends meet and show people how useful she can be.

Til the boss’s favorite who can’t seem to do their job at all pushes her out of her job and she finds herself jobless and girlfriendless. Its back to her grandmother’s B and B to lick her wounds and try to figure out where it all went wrong.

Bez shows up in her traditional whirlwind to try to take her all away from this to her royal destiny. But is it really as simple as she makes it sound?

I enjoyed the heck out of huge chunks of this book but often struggled with Bez’s tendency to gloss over things or justify means to an end. I totally got that it was partially part of her neurodivergence and loved that about her, but it occasionally made things in the romance department harder. I loved them getting to know everyone on the ship however and in some ways, would have been happy if they had just decided to say screw it and live there forever. It would have been charming.

The ending, which I won’t spoil, left me a little confused. I think it needed a bit more lead up and set up to make it work. I liked it in a lot of ways but the pacing felt a little off. I did appreciate that it felt true to the characters and what they wanted however.

All in all, a good book and a fitting addition to the series. I can’t wait to see more of what Alyssa makes!

*I received an arc of this book for an honest review and learned so much about cargo ships.